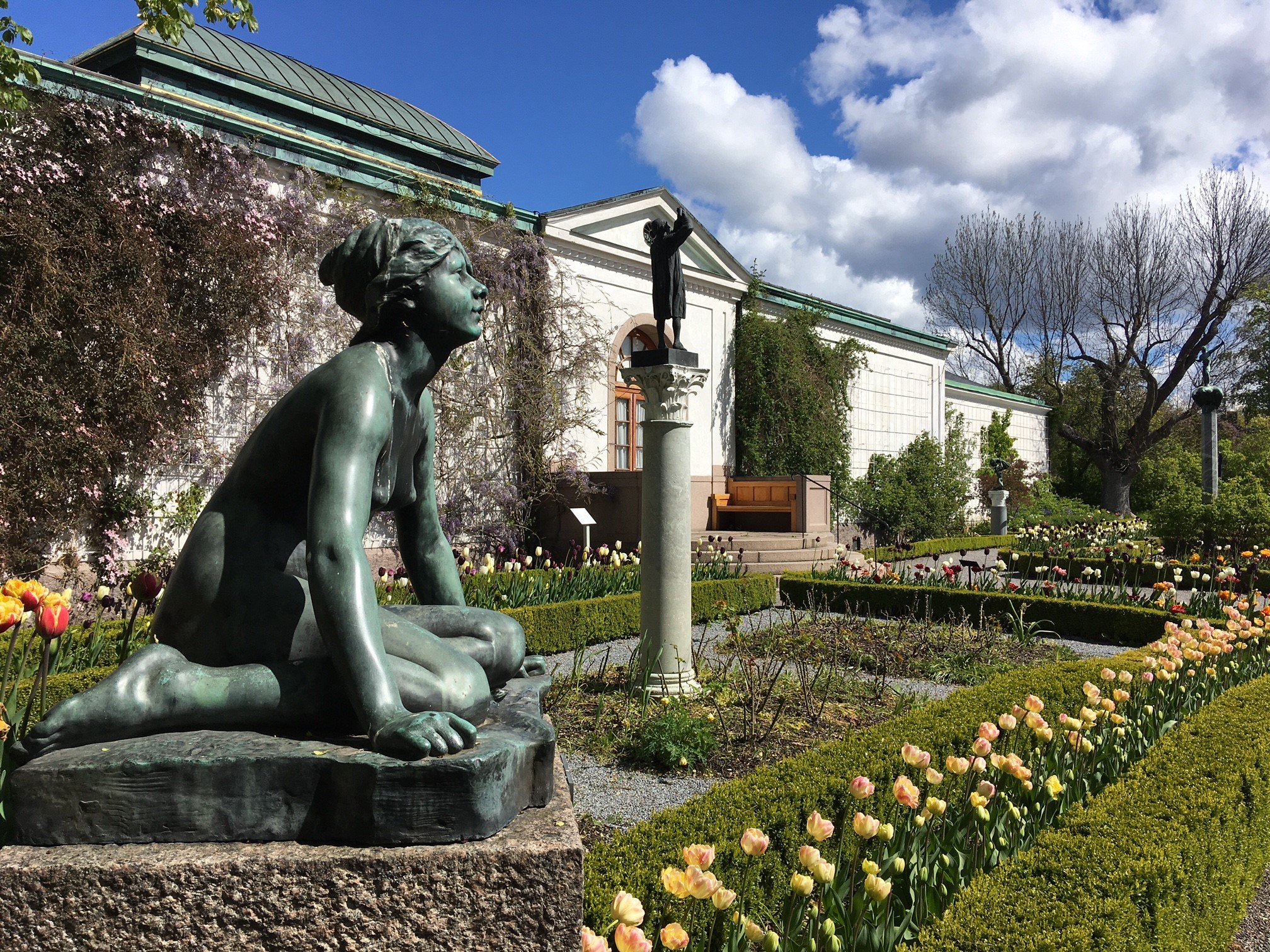 Home » About Waldemarsudde » Park and Garden

In a 1901 letter to Erik Werenskiold, Prince Eugen wrote:

“After art, I think flowers are my greatest joy.”

Waldemarsudde covers an area of 70,000 square metres, surrounded on three sides by water, with rich and varied vegetation, rock formations, sandy areas, meadows and deciduous trees. Prince Eugen was less enchanted with evergreens and ferns and therefore removed them. He wanted to retain the area’s park-like character, and plantings are concentrated around the front side of the main house and gallery. On the water side, the prince had two large terraces built, an upper and a lower level. He also planted new trees, a row of poplars along the waterfront and chestnuts up on the terrace.

A certain amount of gardening literature can be found in the prince’s library, including English works and drawings of the terraces. A letter contains careful instructions on which flowers to plant, including colours and combinations. Eugen especially liked blue, white, yellow and pink, and flowers that were considered old-fashioned at the time. In several letters sent from Tunbridge Wells in southern England 1901, the prince enclosed packets of seeds and detailed sowing and planting instructions. For example, he suggested a varied mix of marigolds, a flower then considered to be old-fashioned.

Sculptures in the park

The park is rich in sculptures, all of them bought by Prince Eugen, often with specific sites in mind. The Nike of Samothrace, a copy of the original in the Louvre, was incorporated in the stair design when the house was built in 1905. Also among his early purchases are Auguste Rodin’s The Thinker on the terrace of the main house, and Carl Milles’ Eagles. The two works flank the house’s former main entrance. North of the main house is Antoine Bourdelle’s powerful Heracles, drawing back his bowstring in the hunt for the Stymphalian birds. In among the seaside flowerbeds, Carl Milles’ Triton serves as a fountain.

Per Hasselberg’s Frog is situated on the gallery terrace, as is Carl Milles’ Archer, on a tall antique column. A portrait in bronze of Eugen’s fellow artist Karl Nordström, for many years the chairman of Konstnärsförbundet (Swedish Artists’ Society), was sculpted by Carl Eldh. Down on the shore walk, next to a little pond, is Per Hasselberg’s allegorical female figure Water Lily.

Gamla Huset, the Old House, still stands on the grounds and is among the oldest structures at Waldemarsudde. The house took on its current appearance in the 1780s, when Waldemarsudde’s then owner Carl Magnus Fris rebuilt an older double-wing log cabin believed to have occupied the site. The house is built in an L-shape in two storeys, painted dark yellow with a tiled mansard roof. This wooden house served as a summer residence for Carl Magnus Fris and later, in the nineteenth century, for the new owner Johan Bergman Olsson and his family. In the 1880s, the heirs of the Bergman Olssons lived here. Prins Eugen rented a room from them for the first time in the autumn of 1892. After buying Waldemarsudde in 1899, Prince Eugen took over the entire house, waiting for construction to be completed on the main house. After a thorough renovation the Old House became a museum in 1965, and in time for 1998, when Waldemarsudde celebrated its 50th anniversary as a public museum, the house was renovated once again and its walls were restored to their original colour.

Besides the Old House and the main house, there are several other buildings on the grounds. To the east is the large Linseed Oil Mill, built in 1785 . Here you can also find the stable, painted Falu red and currently used as a shop and workspace for the staff. Across from the stable is the garage, where the prince kept his cars. There is also a small early nineteenth century boathouse. Easternmost is the Mill House, which was extensively renovated in 1994–95. Inside Ferdinand Boberg’s white gates is the green Ektorpet (Oak Cottage). Pursuant to the prince’s will, it now houses a café