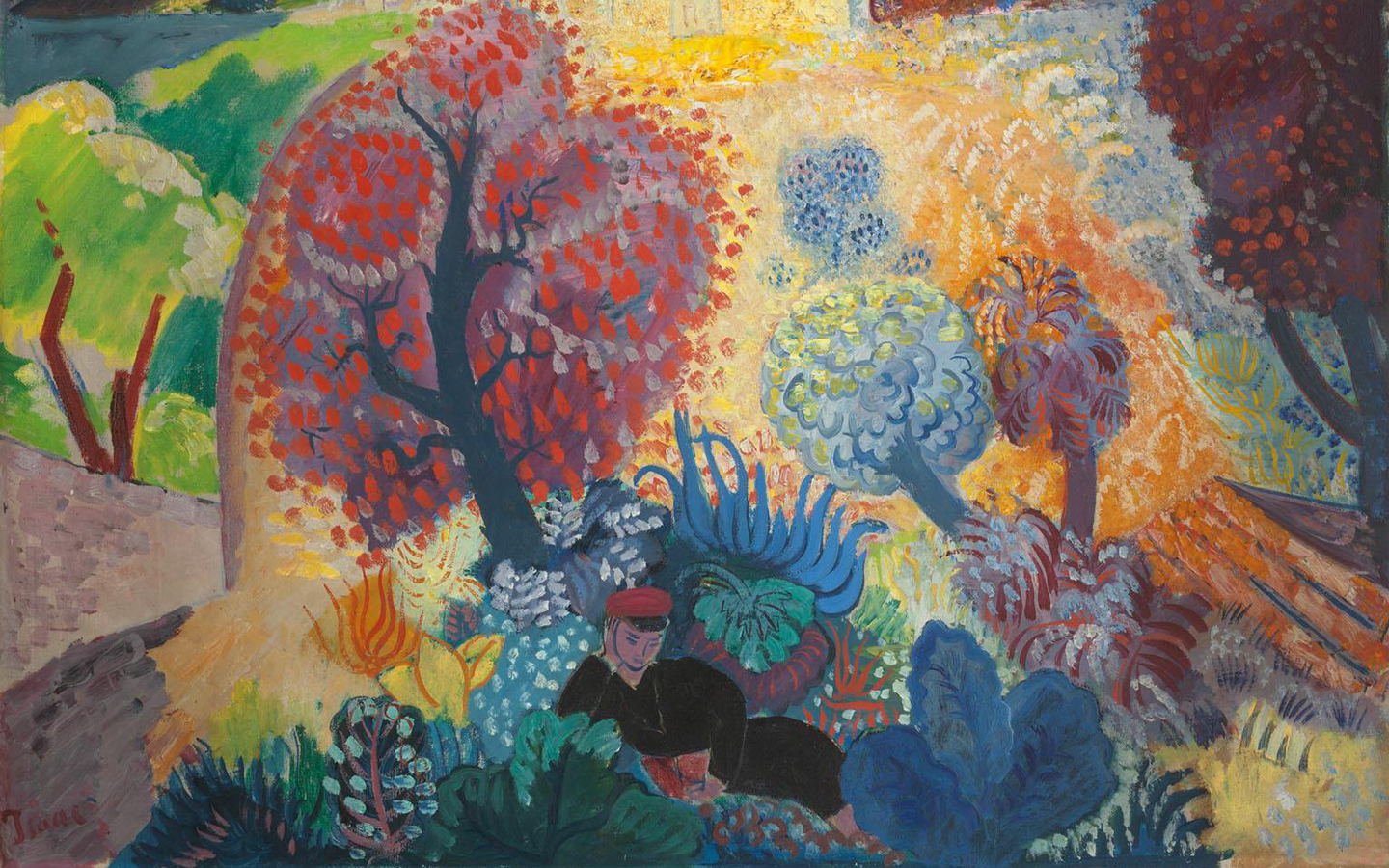 When Prince Eugen died (1947) his art collection was one of the largest privately owned collections in Sweden. It is indelibly stamped by Prince Eugen’s personal taste, and consists primarily of Swedish art, including paintings – the bulk of the collection – sculpture, drawings, graphics and medallion art.Prince Eugen was active as a collector for sixty years. He made his first purchases in Paris in 1887, landscapes by Per Ekström and Hugo Birger, and his last in 1947, Carl Eldh’s bronze sculpture The Young Linnaeus, now situated in the “Linnaeus flowerbeds” to the west of the main building. During his student years in Paris, from 1887 to1889, Prince Eugen came in contact with several of the style-setting artists of his generation. He gradually grew close to this group, which founded Konstnärsförbundet (The Swedish Artists’ Society) in 1886. Several of these artists, such as sculptor Per Hasselberg and the painters Anders Zorn and Richard Bergh, are well represented in the prince’s collection. One of the early leading figures at Konstnärsförbundet, Ernst Josephson, is also richly represented, with no fewer than 11 oil paintings and a large number of drawings. Other artists of this generation whose work is included in the collection are Nils Kreuger, Eugène Jansson and Bruno Liljefors. The artist with the most pieces in the collection is the chairman of Konstnärsförbundet, Karl Nordström. Waldemarsudde owns some 50 of his pieces, testimony to the significance the prince accorded him.

Focus on contemporary pieces
In his collecting, Prince Eugen focused chiefly on contemporary art, often buying new pieces. It was not just established artists who caught his eye; he was open to unknowns, too. The prince often bought directly from the artist, but also bought at shows and through dealers. His collection includes artists who are now more or less forgotten, such as the Tranås artist Herman Norrman, who is represented by no fewer than 25 pieces. An artist from the latter half of the 19th century who achieved little success during his lifetime but is now regarded as significant is Carl Fredrik Hill, who has two works in the collection.

From the end of the 19th century until the prince’s home at Waldemarsudde was completed in 1905, the collection grew relatively slowly, with the pace of acquisition picking up during the 1910s and especially after 1913, when the gallery at Waldemarsudde was completed. As new ideals arose, the prince approached them with eyes wide open. Besides the art of his own generation, a significant portion of the collection consists of works by early Swedish modernists such as Isaac Grünewald, Leander Engström and Gösta Adrian-Nilsson (GAN).

Later generations of artists also caught the prince’s fancy. The New Objectivity of the 1920s was spearheaded by artists such as Otte Sköld and Arvid Fougstedt. The prince also appreciated the freely expressive palettes of painters such as Eric Hallström and Sven X:et Erixson in the 1930s. Women are a distinct minority in the prince’s collection, as is typical of many art collections of the era. Art by women constitutes less than 10% of the collection; Hanna Pauli, Julia Beck, Anna Boberg and Vera Nilsson are some of the artists represented.

The character of the collection
The dominant category of motifs in the art collection is landscape and the dominant technique oil, but there are many still lifes and portraits, too. The latter are often of close friends and/or artistic colleagues of Prince Eugen. A portraitist who is well represented in the collection is Oscar Björck, one of his time’s most widely commissioned portrait artists and a close friend of the prince.

The art of the other Nordic countries is also represented in the collection. Examples include works by Norway’s Edvard Munch and Henrik Sörensen and Denmark’s Viggo Johansen. From non-Nordic countries come pieces by Pablo Picasso, André Derain and Robert Delaunay. A French artist with several works in the collection is André Lhote, whose cubism influenced the prince in his work on the forty metre long mural City by the Water at Stockholm City Hall (completed 1922).

Indoor and outdoor artwork
At Waldemarsudde, Prince Eugen created an overarching artwork combining both the interior and the outdoor spaces, each providing the context for the other. The art collection includes the sculptures placed around the grounds. Among the Swedish sculptors whose work is included are Carl Milles, Carl Eldh, Teodor Lundberg and Bror Hjorth. Frenchman Antoine Bourdelle’s Heracles graces the north terrace of the main house, and his countryman Auguste Rodin’s The Thinker is placed on the palace terrace, alongside a bronze copy of the antique Nike of Samothrace.

At the time of Prince Eugen’s death in 1947, the collection included some 3,200 works by the prince himself, and some 3,500 works by almost 450 other artists. This made it one of the largest privately owned collections in Sweden. Since then, only a few works have been added to the collection. The additions have come in the form of gifts, such as the August Strindberg works that were donated to the museum in 1979, and through purchases to complement artists already represented, such as paintings by Peder Severin Krøyer and Mina Carlson-Bredberg that were added to the collection in the 1970s. The latest major donation came in 2016, when 7 paintings and 3 lithographs by Swedish painter Olle Olsson Hagalund, was donated to the museum.